Written by nickersonlake on February 15, 2022. Posted in Recipes. Leave a Comment 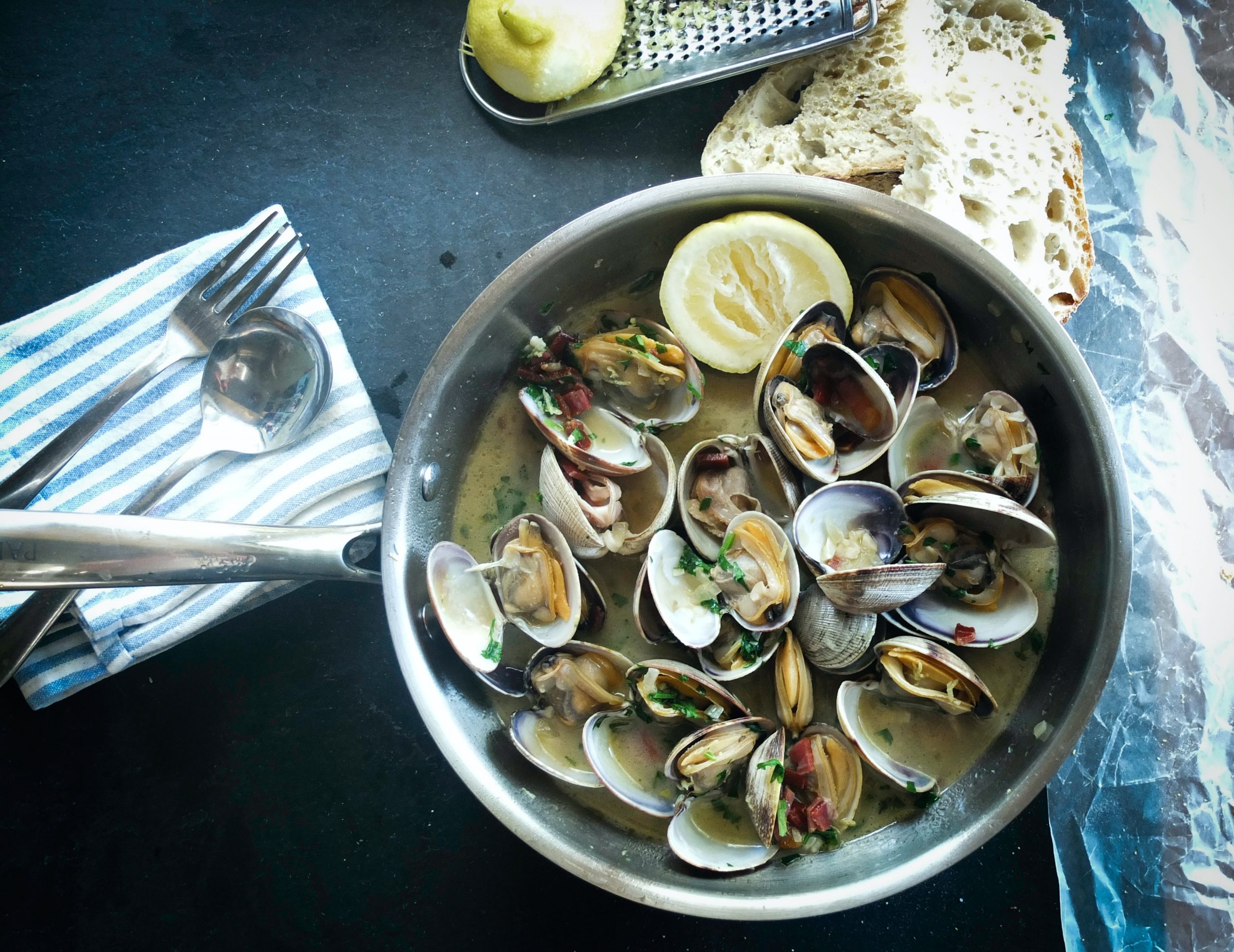 This is a recipe for a hearty chowder which is best cooked over an open fire in the outdoors, when ice fishing; OR on a wood fired cook stove.

The name is relative to where the chowder is made…it’s also been called Hay Lake Chowder, Chamberlain Chowder, Eagle Lake Chowder … It is a Christmas Eve staple at our house.

Use a heavy thick metal pot to reduce scorching on the bottom, large enough to hold about 2 gallons of chowder.

The first thing that goes into the pot after the pot is hot is the bacon; which has been cut into bite sized chunks.

Once the bacon is browned, throw in the onions and garlic and let simmer for 10-15 minutes.

Then add about 2 quarts of water and the potatoes, butter, “wash-your-sister” sauce, salt and pepper.

Then add the fish, scallops, shrimp, lobster and just enough water to cover.

If fresh fish happen to be scarce, substitute haddock or cod.

Then cook until the fish is done and meat flakes, 20 minutes or so, but not so long that the fish falls apart.

Just before the mixture starts to boil again, add the half and half and cooking sherry.

Taste for salt and pepper to see if just right.

Bring the temperature back to just before boiling and serve with oyster crackers.

This will feed 15-16 regular people or 10-12 ice fishermen. It is actually better when warmed up the second day. Of course the recipe can be cut in half… And cooked on the kitchen stove…